The Power of Wind

We all share this world. Let’s take care of it.

Vivio is proud to be a Visionary Member [PDF] of the Pacific Power BlueSky Renewable Energy Program. By participating in the BlueSky program, Vivio ensures that its power usage comes from renewable energy sources. Power usage is calculated by comparing the draw of power from the power grid to the amount of power that’s provided to the grid via renewable energy sources.

The Walla Walla Valley – where the Vivio Technologies data center is located – is rich in natural wind resources. Because of this, all of the efforts of the BlueSky program in Washington State have been placed on working toward increasing wind-generated power resources, such as wind-turbines throughout the Walla Walla Valley and the Columbia Basin in general. These initiatives are not only being enjoyed by Vivio Technologies, but other well-known data center locations reside in this eco-friendly environment as well. Data Centers such as the Google Data Center in The Dalles, the VMWare and Yahoo Data Centers in Wenatchee, etc, all benefit from the wind-generated renewable energy sources being built in the area.

According to the American Wind Energy Association report issued in April 2011, Pacific Power is the second largest owner of wind-powered generation in the entire nation, owning more than 1,000 MW of wind-generation capability, and with additional long-term purchase agreements of more than 600 MW. 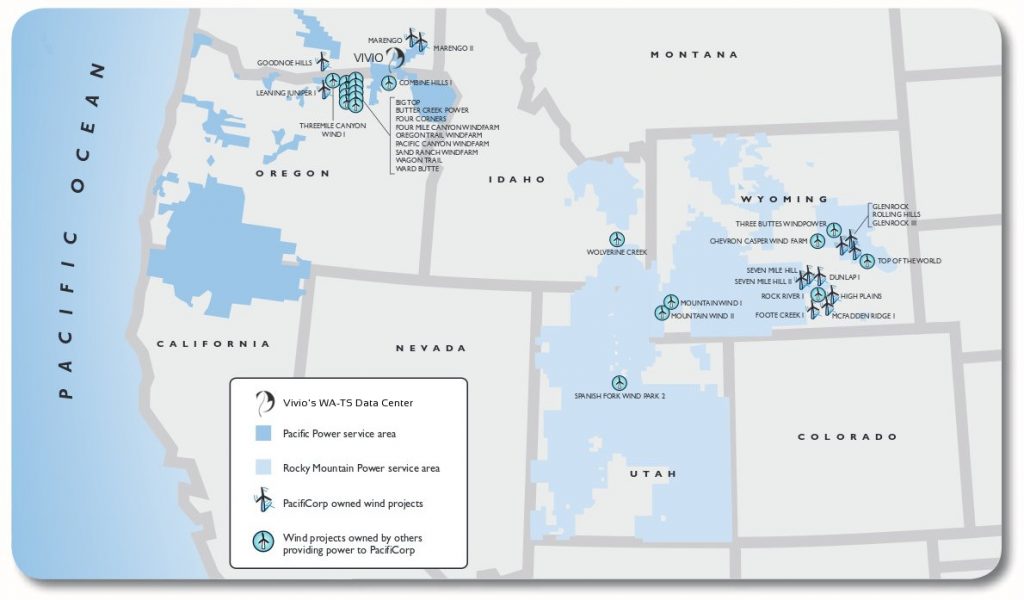 The Power of Water

Vivio Technologies is located in the relatively small town of Walla Walla, in Washington State. According to nwcouncil.org, Washington State produces almost 40% of the total hydro-electric power produced in the entire US (Reference Link). Even more, by combining the power of wind, the power of water, and other renewable sources of energy throughout the pacific northwest, the nwcouncil.org estimates that 70% of all energy used in the pacific northwest is from renewable sources. This means that even if Vivio wasn’t part of green initiatives such as the BlueSky program, we’d be utilizing the very carbon-neutral resources already present in WA state.

Check out this awesome info-graphic by nwcouncil.org

Vivio Technologies knows that Data Centers are a major source of carbon emissions due to their intense power use. Vivio spends extra effort to make sure that our equipment is as power-efficient as possible. For example, we take care to ensure that any modern server we purchase comes complete with the 80-Plus Gold-Level Certified or above PSU’s. More, our industrial air-conditioner units come standard with economizers, which take advantage of chilly weather conditions to supplement cold air feeding into our data center. This lowers our carbon footprint and makes our data center not only more affordable, but also more environmentally friendly. 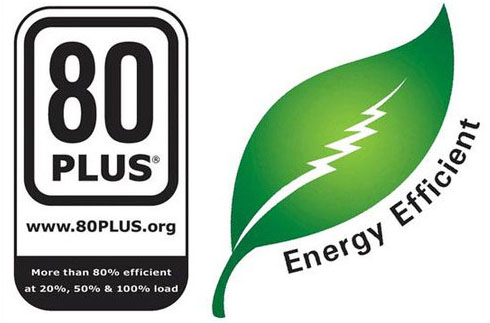 Never settle. If you're unhappy with your Vivio account for any reason, simply cancel your account within 30 days for a full refund. No pressure. No risk.

Velocity Backups are powered by business-class SSD storage arrays - enabling you to backup, restore and manage your cloud backups faster than ever before.

Far far away, behind the word moun tains, far from the countries Vokalia and Consonantia, there live the blind texts. Separated they live in Bookmarksgrove right at the coast of